Zeng Wei, a 26-year-old bank teller in Beijing, developed a new habit last year. Before he goes to work every morning, he turns on his robot vacuum, which will automatically clean his 30-square-meter living room.

"It works beyond my expectations. The smart vacuum cleaner can not only pick up debris under the sofa, but also map the best routes to do cleaning," Zeng said. "It is not a toy, but a real helping hand."

He bought the IMASS, as the product is called, from the Zhuhai Kaihao Co, in September.

When its battery is about to die, IMASS A3 series, priced at $117, can also find the charging base station and recharge itself.

Zeng is not alone.

Fueled by the rising income and rapid development of the service robotics industry, a growing number of Chinese consumers are embracing household robots to improve their daily lives.

According to the International Federation of Robotics, the global sales of privately used service robots will increase to around 35 million units by 2018, and household robots will be right at the top of the future shopping lists of more consumers.

The uprising trend is not lost on the minds of senior executives. Both domestic and foreign enterprises are scrambling to punch at the opportunity.

Chinese smartphone vendor Xiaomi Corp launched a smart vacuum cleaner in September. Priced at 1,699 yuan, the machine is equipped with 12 sensors and a central processing unit. Instead of bouncing around the room and haphazardly picking up debris, Xiaomi said it can automatically measure the size of the room and map the best routes to do cleaning.

The US tech firm iRobot Corp is also eyeing China for growth. It is planning to triple or quadruple its investment in the market after setting up its Chinese headquarters in Shanghai in September.

"The global household robots market is growing about 25 percent annually, but in China, the growth rate is close to 70 or 100 percent," said Colin Angle, chairman and CEO of iRobot.

The firm launched a China-customized product in September. Starting at 1,999 yuan, the Braava jet mopping robot can mop hard floors to remove dust and stains.

Chinese home appliance firms such as Haier Group and TCL Corp are also eyeing the niche market with similar products, making the market increasingly crowded. How to stand out from the fierce competition becomes a key question.

David Qian, who is in charge of Ecovacs' international business, said: "After decades of development, the household robot industry is, in fact, still in its infancy. Future domestic robots will become multifunctional. Just cleaning floors will be not enough."

"While complicating the robot's functions, it is important to keep it easy to use," Qian added.

In recent years, the firm has devoted 100 million yuan per year to research and development on robots. 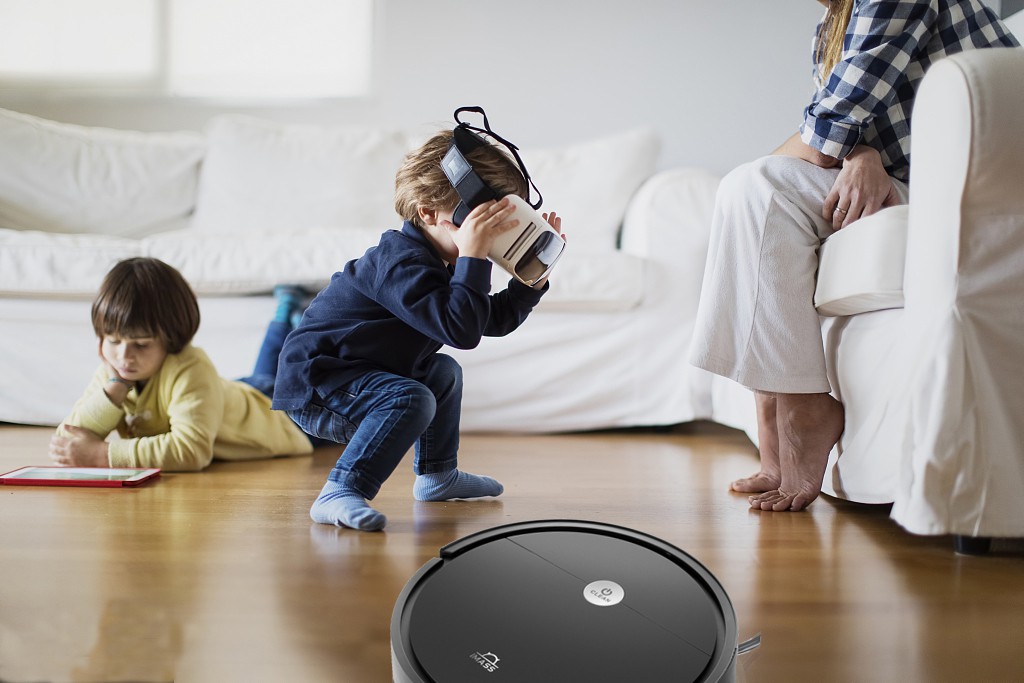