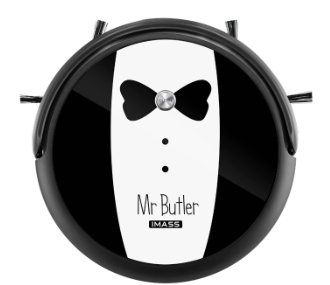 Because it can detect room size, furniture placement, cleanliness of the ground and other factors, and isuch robot sweeper relies on the built-in program, it can make a reasonable cleaning route, with a certain degree of intelligence, so it is called robot cleaner.

At present, the level of intelligence of sweeping robot is not as advanced as imagined, but as the leader of the new concept of smart home, it will inject forward power for robot to finally enter thousands of homes.

Sweeping robot is a kind of intelligent household appliances, it can rely on certain artificial intelligence, automatically complete the floor cleaning work in the room.

Generally, brush and vacuum are adopted to absorb the debris on the ground into the garbage storage box, so as to complete the function of cleaning the ground. 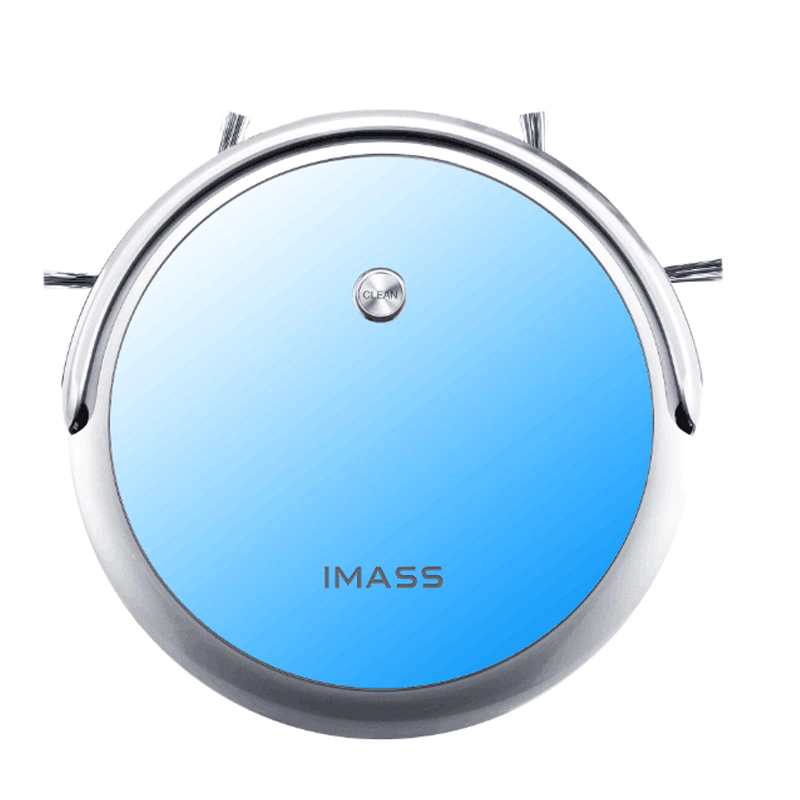 The recognition of the environment by sweeping robot mainly includes several aspects:

Through a few familiar with the environment, the floor robot's microcomputer will form a fixed map of the room inside, how big the room is;How the furniture of the room is arranged;

A series of spatial scans of what parts of the room cannot be cleaned and so on are stored in the sweeper's microcomputer, and then the ceiling satellite positioning system is used to make a corresponding work plan according to the current position.

It uses infrared sensors to identify the type of garbage on the floor and then decides whether to mop it up, sweep it or scrub it.

At this point, the current sweeper robot can only identify whether there is garbage and cannot distinguish the categories. Besides, the way of cleaning is relatively simple, which is a problem that the sweeper robot will have to solve in the future.

For the sweeping robot, there may be a variety of built-in cleaning methods, such as linear, edge cleaning, spiral cleaning, cross cleaning, focus cleaning, etc., but according to the different types of garbage to use the microcomputer to decide which method.

In general, the microcomputer determines the cleaning method based on the type of garbage it senses, the amount of garbage, and so on.

Since it is called robot, one of its important functions is human-computer interaction, but this function is not mature, so it is rarely used in the sweeping robot.

However, this function will be the key to whether a sweeping robot can be called a robot in the future. 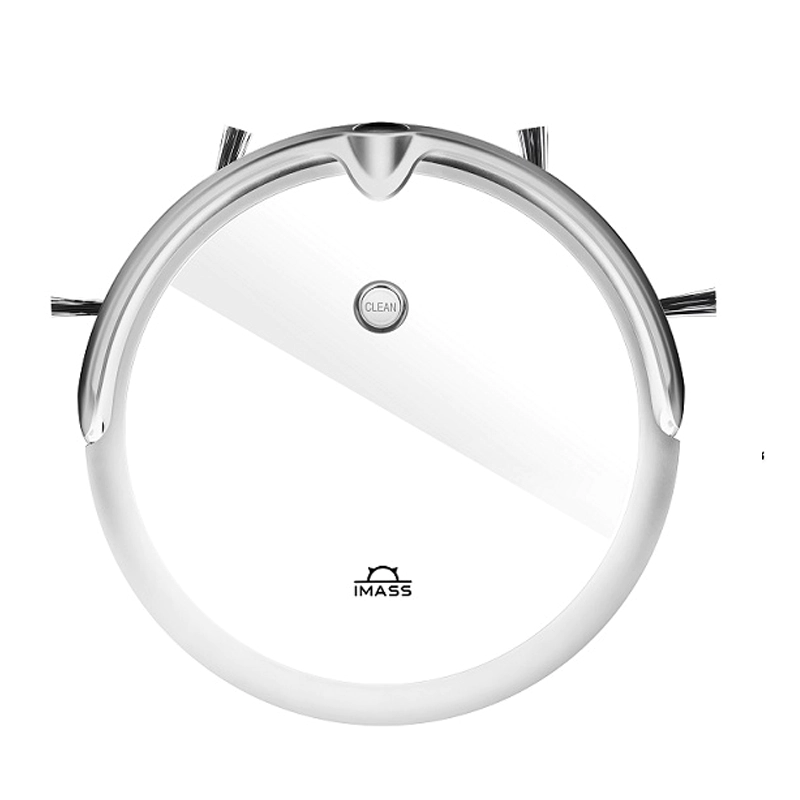 There are two main types of detection systems of robot cleaner:

Infrared ray transmission distance is far, but have quite high requirement to use environment, when encounter light color or brunet household item it cannot reflect back, can cause machine and household item to produce collision time for a long time, the household item of bottom can be hit by it spot spot.

Using bionic ultrasonic technology, similar to whales, bats use sound waves to detect and determine household items and spatial orientation, with high sensitivity and high technical cost. It is used systematically in the aviation industry.

1. High-speed operation of the sweeping mechanical and electrical motor generally use less than 1000 watts of electricity, so the heat generated by it and the electric heating furnace is equivalent.

2. General sweepers are equipped with current fuses and "thermal protectors", so even if the motor overheats, it can timely monitor the temperature rise and temporarily cut off the current to the motor to prevent it from happening.

It is also equipped with a "airflow protector", which works when the suction nozzle is blocked and the air stops flowing, opens the emergency air suction inlet, and USES external cool air to suppress the overheating of the main engine.

Robot sweeper is fitted with a strainer to keep the tiny dust inhaled from leaking out.

These screens prevent the motor from being damaged by extremely small amounts of dust, and they also prevent the air in the room from becoming dirty. 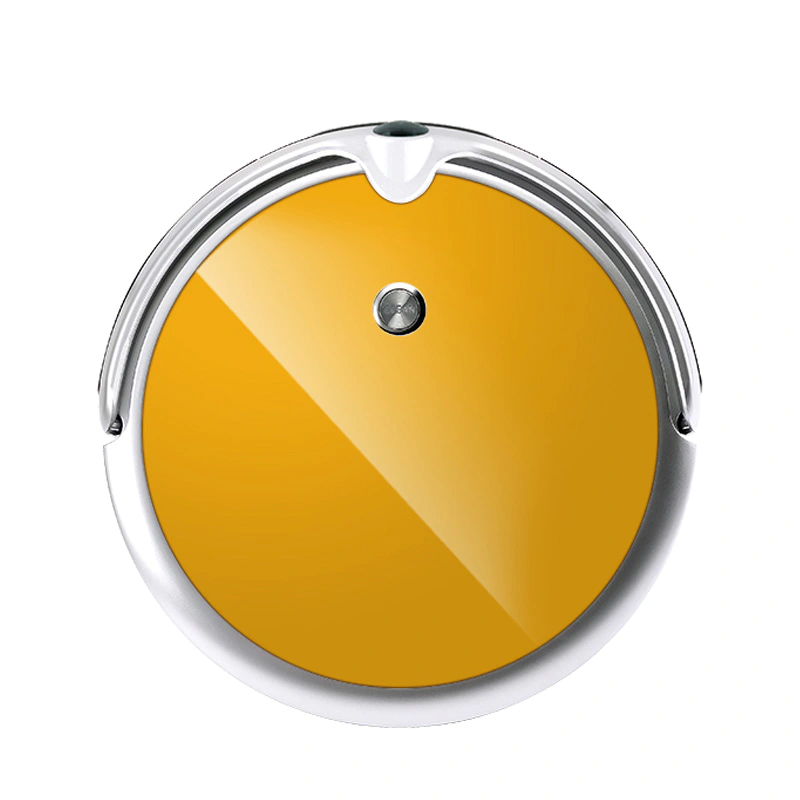 1. Vacuum cleaner is formed in the main engine through the high-speed rotation of the motor, and waste is drawn from the suction inlet by using the high-speed airflow generated thereby.

At this time the air speed of up to 240 RPM, lice and other pests in the main engine, will be due to high-speed collision of the dust tube wall and died.

3. Motor is the heart of robot sweeper, its performance can directly affect the sweeper reliability.

And if the electric motor of electric fan, its speed is about 1800 ~ 3600 revolutions per minute, from which we can see how high the speed of sweeping mechanical and electrical motor is.

4. The correct performance of the sweeper unit, not the input power (watts, or amperes), but the output power (suction power).

The suction force depends on the resultant force of the wind and vacuum, but these two factors have opposite properties.

The maximum value of the combined force of the two is the suction power of the sweeper, which is expressed in watts (W).